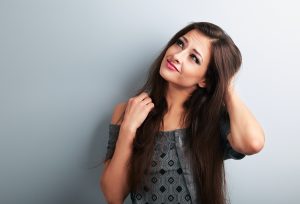 Can dental offices classify dental hygienists as independent contractors, instead of as employees? There’s no shortage of people willing to offer opinions on the matter—practice owners, hygienists, teachers, consultants. Often, they all fall into one of two camps.

In truth, it depends. Anyone who tells you differently doesn’t have all the information.

Let’s start with the basics.

What makes someone an independent contractor?

Depending on the situation, there are a number of different tests that can apply to this question. To give you just a glimpse of the complexity—and why there’s so much confusion around this issue—the IRS, the DOL and your state and local authorities, all apply different tests. So, if the question arises in the context of federal tax withholdings, the IRS’s “Control Test” might apply; if the question arises in the context of a FLSA violation, then the DOL’s “Economic Realities Test” could apply; and if a Title VII, ADA or ERISA violation is at issue, then the “Darden” common law test (a.k.a. the “20-Factor Test”) could apply. And, finally, some courts use a hybrid test, blending elements of the Darden test with the Economic Realities Test. See, e.g., Alexander v. Avera St. Luke’s Hosp., 768 F.3d 756, 764 (8th Cir. 2014) and Deal v. State Farm County Mut. Ins. Co. of Texas, 5 F.3d 117, 118-19 (5th Cir. 1993). In fact, each State has its own local laws that can add even more variance. A simple summary of these tests across all 50 states comes in at around 150 pages!

Is your head spinning yet? The good news is that, despite the complexity, the 20-Factor Test—currently incorporated by the IRS in its analysis and, also, frequently cited by state agencies—offers a fairly reliable benchmark for most circumstances. If you’re an independent contractor under the 20-Factor Test, the same result is likely true under the other tests.

Here’s a handy table that breaks down the 20 factors and summarizes when each can favor or disfavor classification as an independent contractor.

Now, it’s important to understand that no one factor is controlling. Rather, adjudicators take a comprehensive view of the entire relationship in an effort to ascertain the degree of the worker’s independence. Also of relevance, though not determinative, is the office and the hygienist’s own written characterization of their relationship. So, make sure to have a written agreement in place.

Example 1: You are a full-time hygienist working Monday through Friday at a single dental office. You’ve been working there for over a month now. Employee or independent contractor? Here’s how things look on our 20-Factor table.

As you can see, pretty much every single factor favors your treatment as an employee. It would be very difficult for a dental office to legally support an alternative position. In this situation, you should insist that the office treat you as an employee.

Example 2. You are a dental hygienist that works Monday through Wednesday for one office, and you pick up additional work through Cloud Dentistry on your days off. You control when you work, where you work and how much you make. For your Thursday and Friday offices–are you an employee or an independent contractor? Though individual circumstances may vary, here’s how it generally looks on our handy table:

As you can see, most factors favor your treatment as an independent contractor, a few are ambiguous and only four fall in the “employee” category. Add to this that your agreement with the dental offices states that you are an independent contractor, and this strongly supports a determination that you are in fact one. Now, of course, this can change if you start working repeatedly for the same office, day after day. The details of the relationship continue to matter.

Where does that leave us?

How to Stand Above the Rest in the Dental Job Market
Dental hygienists and assistants: This is why you need to be agile-employment ready.